The genomes of living organisms are prone to random variations, or mutations. If a mutation happens to confer a survival advantage (e.g. thicker fur) or reproductive advantage (e.g. greater plumage) upon an organism, then that organism is more likely to pass on its genes to the next generation. When a population of a given species becomes fragmented by some geographical change (e.g. mountain formation), then the isolated populations will diverge as they become subjected to different selective pressures and undergo different mutations. When the two populations eventually diverge to such an extent that they can no longer exchange genes, that is when a new species has emerged.

Evolution is thus a collective term for the ongoing processes of mutation, natural selection, sexual selection and speciation. Over the space of 3.7–4.5 billion years, these processes have given rise to a tremendous diversity of life on earth. Evolution is substantiated by a tidal wave of evidence, from artificial selection and intermediate fossils to analogous anatomical structures and the geographical distribution of life. Especially powerful is the tree of cousinship which emerges from comparing the genomes of closely-related and distantly-related species. In a short video filmed at the University of Nebraska State Museum, Richard Dawkins offers a concise explanation of comparative genomics:

Evolution has obvious implications for supernatural belief systems, which typically posit the existence of a creator god. Indeed, we are now aware that the 8.7 million known species of life on earth were not created individually by some external agent, but rather share a common ancestor with all other species; humans, for example, share 85 percent of their DNA with mice and 61 percent with fruit flies. Evolution thus makes God / Allah / Yahweh redundant and destroys human exceptionalism, the beating heart of Abrahamic monotheism. In The Autobiography of Charles Darwin, the great naturalist describes how his Christian faith faded away as he began to realise that his theory was correct:

Beautiful as is the morality of the New Testament, it can be hardly denied that its perfection depends in part on the interpretation which we now put on metaphors and allegories. But I was very unwilling to give up my belief… Thus disbelief crept over me at a very slow rate, but was at last complete. The rate was so slow that I felt no distress, and have never since doubted even for a single second that my conclusion was correct.

Given the enormity of evolution, to be a person of faith requires one to either ignore the facts of biology, to deny them, or to find a way to accommodate them. Quite often, those who take the latter route adopt the belief that God set the universe in motion and guided the evolutionary process. However, while this is certainly an improvement over creationism, introducing a supernatural agent into evolution does nothing to help us understand it better; indeed, there are no puzzles in biology which are more easily solved by invoking a deity. As the evolutionary biologist Jerry Coyne has put it, “If the history of science shows us anything, it is that we get nowhere by labelling our ignorance ‘God’.”

In removing God from nature, we are left with a deity who got things going with the Big Bang, and that’s about it. We are thus no longer dealing with a personal god, but a remote entity whose existence, even if it could be proven, would concede absolutely nothing to the miraculous claims of religion. Indeed, positing the existence of a Prime Mover or First Cause is not an argument for Moses parting the Red Sea, the resurrection of Jesus Christ, or the divine origins of the Qur’an; rather, the believer still has to show how we get from an impersonal god to one who intervenes in human affairs. In a debate with Christian apologist Frank Turek, the late Christopher Hitchens makes this point effortlessly:

Now of course, the desire to believe in a higher power is perfectly understandable. However, insofar as we value the truth, we must admit that the god of deism is not the mighty personality of Abrahamic monotheism, but rather a distant spectre – “an insubstantial shadow”, as Sigmund Freud put it in The Future of an Illusion. Alas, this admission is made difficult by the efforts of liberal theologians, who are shameless enough to employ deistic arguments as evidence for a personal god. In this article, we will thus spend a little time examining two of the most common arguments for deism. With any luck, it will enable Muslims, Christians and Jews on the fence to complete their journey to atheism.

The Argument from First Cause

This is perhaps the most commonly-cited argument for deism. Essentially, it states that whatever has a beginning must have a cause, and since the universe is thought to have a beginning, there must be a First Cause, which is God. In other words:

1. Everything has a cause, or perhaps many causes.

2. Nothing is its own cause.

5. The First Cause is God, who therefore exists.

In response, we should first state that modern physics is brimming with theories which obviate the need for a First Cause. One example would be the Hartle-Hawking proposal, which essentially states that prior to the Big Bang, time did not exist. Given that cause is defined in terms of time, it thus follows that the Big Bang – and by extension, the universe – is without a cause. By marrying the theories of relativity and quantum mechanics, Hawking argues, we can explain how universes form out of nothing. To quote from The Grand Design:

Because there is a law such as gravity, the universe can and will create itself from nothing. Spontaneous creation is the reason there is something rather than nothing, why the universe exists, why we exist. It is not necessary to invoke God to light the blue touch paper and set the universe going.

Secondly, if everything requires a cause, then so does God, thus leading to an infinite regress. Indeed, any entity which is complex enough to create universes surely demands an explanation in its own right. If we can get away with saying that God doesn’t have a cause, then by that same token, we can suppose that the physical world itself exists without a cause; God is made completely redundant. In his philosophical treatise A Refutation of Deism, Percy Bysshe Shelley takes up this point with characteristic wit and eloquence:

Thus have we arrived at the substance of your assertion, “That whatever exists, producing certain effects, stands in need of a Creator, and the more conspicuous is its fitness for the production of these effects, the more certain will be our conclusion that it would not have existed from eternity, but must have derived its origin from an intelligent Creator.”

In what respect then do these arguments apply to the Universe, and not apply to God? From the fitness of the Universe to its end you infer the necessity of an intelligent Creator. But if the fitness of the Universe, to produce certain effects, be thus conspicuous and evident, how much more exquisite fitness to his end must exist in the Author of thus Universe? If we find great difficulty from its admirable arrangement in conceiving that the Universe has existed from all eternity, and to resolve this difficulty suppose a Creator, how much more clearly must we perceive the necessity of this very Creator’s creation whose perfections comprehend an arrangement far more accurate and just.

The Argument from Fine-Tuning

This is another popular argument for deism. In essence, it states that the universe is so perfectly set up for life that it must have been finely-tuned for this purpose, and that this Fine-Tuner is God. In other words:

1. The values of the physical constants, the matter-antimatter imbalance, and so on are necessary for human beings to exist.

3. The physics must have been fine-tuned to the constants’ values to make us possible.

Firstly, the existence of life is not a matter of fine-tuning, but of statistics. When we consider the billions upon billions of stars, planets and galaxies in the universe (which is constantly expanding), as well as the vast scale of deep time which has allowed for all this, it is inevitable that at least one planet will be suitably positioned to be capable of harbouring life. We just happen to be on that very planet, and, as such, ought to be overjoyed about it. In Unweaving the Rainbow, Richard Dawkins elegantly weaves his lust for life with our cosmic story:

After sleeping through a hundred million centuries we have finally opened our eyes on a sumptuous planet, sparkling with colour, bountiful with life. Within decades we must close our eyes again. Isn’t it a noble, an enlightened way of spending our brief time in the sun, to work at understanding the universe and how we have come to wake up in it? This is how I answer when I am asked – as I am surprisingly often – why I bother to get up in the mornings. To put it the other way round, isn’t it sad to go to your grave without ever wondering why you were born? Who, with such a thought, would not spring from bed, eager to resume discovering the world and rejoicing to be a part of it?

Secondly, let us consider the chemical makeup of the universe. Of the atomic matter which comprises the hundred billion galaxies in existence, just 2 percent is composed of elements which are heavier than helium. Of this 2 percent, only a fraction is composed of carbon, the main element of life; indeed, according to NASA, carbon makes up just 0.06 percent of the mass of the universe (Cameron, 1973). Yet we are supposed to think that a Fine-Tuner specially designed the universe to manufacture, in stars, the carbon needed for life?

When the arguments for theism and deism fall away, what remains is atheism. Depending on the individual, the loss or absence of belief in a higher power can have profoundly different effects. For some, atheism can result in a booming appetite for science and the wonders of our cosmos; for others, it can lead to intermittent bouts of depression and existential angst. That is the risk we take in choosing to live without illusions, in charting our own courses – that sometimes, we end up crashing on the rocks.

For the well-being of our species, it is surely better that some of us struggle with the consequences of critical thinking, rather than everyone suffering from its absence. That is the lesson of history, from the 20th century totalitarianisms to the likes of ISIS – that we should take the risk of thinking for ourselves, rather than delegating thought to others; to base our beliefs on reason and evidence, rather than authority or tradition. To finish with a quote from Bertrand Russell, who boldly sets out his stall in What I Believe:

I believe that when I die I shall rot, and nothing of my ego will survive. I am not young and I love life. But I should scorn to shiver with terror at the thought of annihilation. Happiness is nonetheless true happiness because it must come to an end, nor do thought and love lose their value because they are not everlasting. Many a man has borne himself proudly on the scaffold; surely the same pride should teach us to think truly about man’s place in the world. Even if the open windows of science at first make us shiver after the cosy indoor warmth of traditional humanising myths, in the end the fresh air brings vigour, and the great spaces have a splendour of their own. 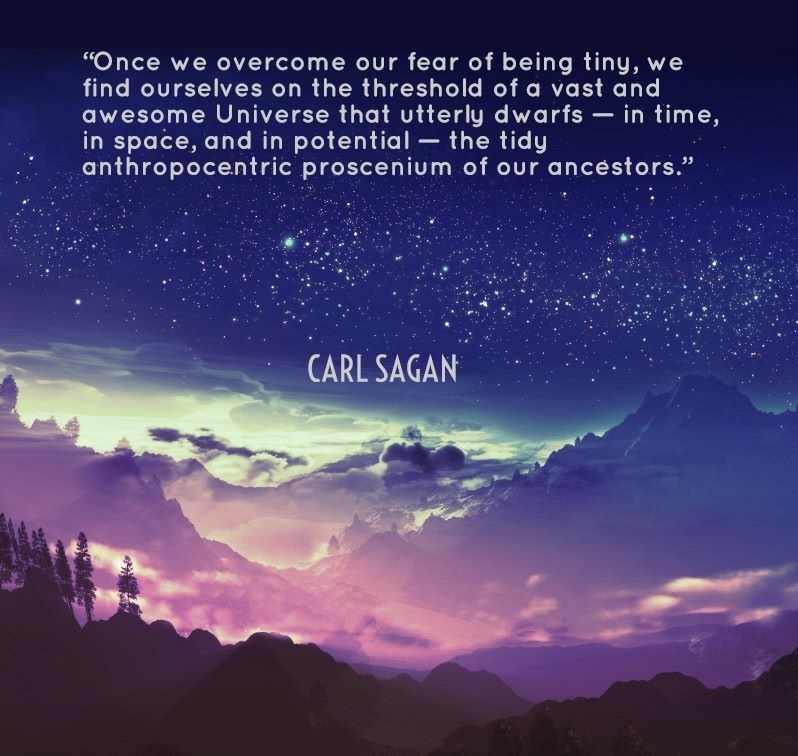 This article was written by co-founder Kareem Muhssin, with support from other Alliance members.